And the winner is...

Great success for SOLID and its partner Stadtwerke Mürzzuschlag: the project “sustainable district heating Mürzzuschlag” was selected by a jury among 82 projects submitted in Styria. 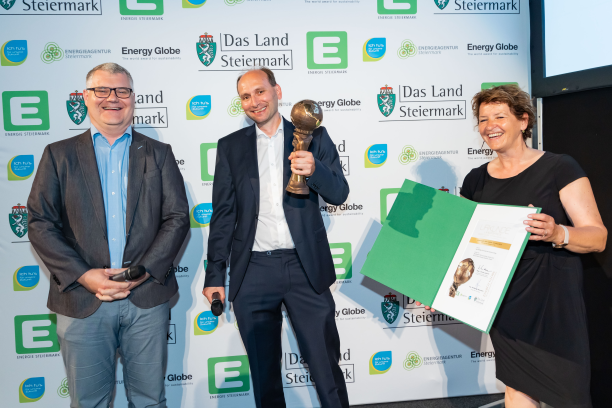 In 1980 the Styrian city of Mürzzuschlag started to install a district heating system. In recent years the heat demand increased due to grid expansion and new connections and as a result the renewable heat share was shrinking. The Stadtwerke were searching for strategies in increasing the renewable energy share again and stabilize their heating costs. Thus, they developed a concept together with SOLID.

In addition to the expansion of biomass heat generation, a large scale solar thermal system of 3.5 MW thermal power was installed by SOLID. It is complemented by three heat storages of 60 m³ each.  Those serve the solar thermal plant in summer, support peak load management of the district heating grid in winter and help to shift heat production from natural gas to biomass in the shoulder seasons.

“Energy Globe Award” exists since 1999. Meanwhile it is one of the most prestigious environmental prizes, there have already been more than 6000 submissions from over 170 countries.

More about the project